Gin Tonic Favorite drink on stage and after the show.  Guarantee for overflowing performances and responsible for Avignon being called Jim Tonic for a while.

Gotan Project French/Argentine trip hop band with tango-esque tendencies.  Neoangin has the opportunity to support the rather successful Gotan Project on the very day the French soccer team loses in the world cup 2002.  The band is in a bad mood and lets
Neoangin have it and hassles him during the sound check.  Neoangin takes revenge with a suicidal performance during which he keeps insulting Gotan Project until the audience booes him off stage. 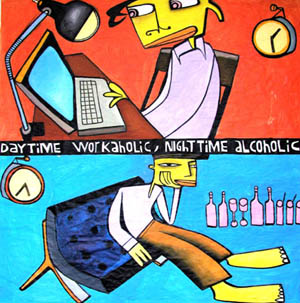